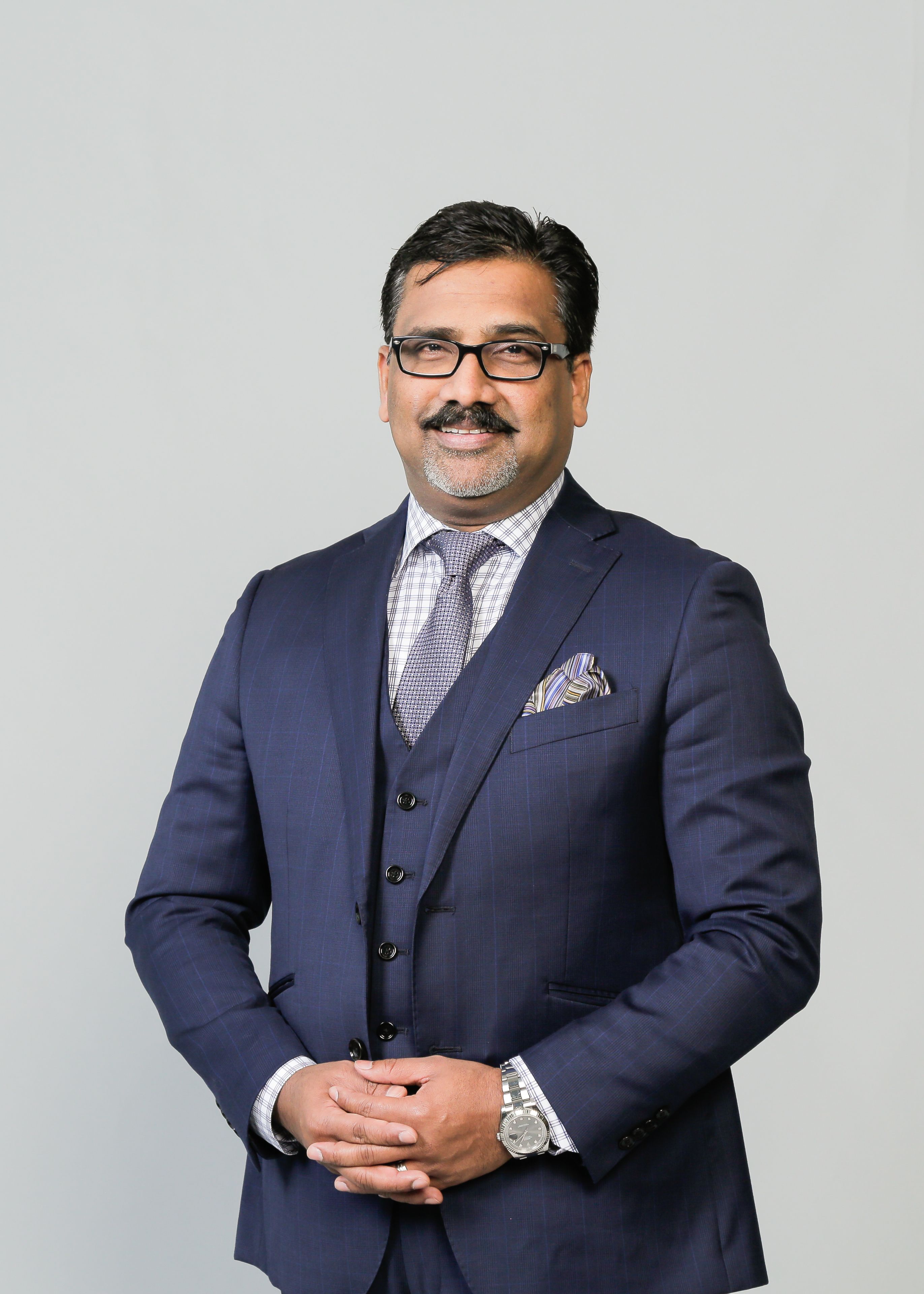 Muhammad M. Alam is a Barrister-at-Law of Osgoode Hall in Toronto and he is the Founder and Managing Barrister of Alam Law Firm.

Before obtaining his license to practice in Ontario, Muhammad practiced Civil and Insurance Litigation and Human Rights law for 5 years. Following his international legal practice, Muhammad obtained his Bachelor of Laws Degree (LLB) from the University of Windsor Faculty of Law. After graduating, Muhammad articled with the Diamond & Diamond and Bergmanis Preyra LLP. Following his call to the Bar, Muhammad worked as an associate lawyer for the law firm of Misir & Company.

Muhammad is a professional, passionate, and highly skilled individual who is committed to both serving his clients' legal needs and meeting the needs of his community. Aside from assisting his clients, Muhammad operates a pro-bono legal clinic to provide legal services to disadvantaged members of the community. He also conducts bi-monthly seminars and appears on various television shows to educate the community about legal and public interest matters that can limit an individual’s ability to seek legal recourse. Further, his passion for advocating for the rights of injury victims has led him to write weekly/monthly newspaper articles and social media posts informing individuals of the necessary steps to take following various types of injuries.

Muhammad is passionate about what he does and he is willing to help his clients even if that means going above and beyond his usual practice. Although he does not practice family law, he took over a challenging and novel family law matter which turned into a Shariah Law ( body of Islamic Law) argument at Trial. He successfully won the trial for his client (Iqbal v. Shah, 2021 ONSC 2407). The decision in the case has now set a precedent on how religious marriage and rights that flow from it play a role in Canadian Law. This decision was reported and featured in various legal magazines.

Aside from his personal injury work, Muhammad also sits on the Board of Directors for several organizations, which include the Canada Pakistan Friendship Association “CPFA” and 'Help Me' Projects. The 'Help Me' Project is a non-profit organization that assists underprivileged community members. He is also an active member of the Pak Pioneer Community Organization of Canada, which aims to increase the support available to seniors. Further, Muhammad is also a member of “Water for Life” an Organization that aims to help people access safe/clean drinking water in third world countries.

In 2018, as a result of his dedication to the community and excellence in business, the Canadian Pakistan Business Counsel (CPBC) awarded Muhammad with a Professional Excellence Award. Further reflective of his contributions to the community, Muhammad has been featured in two documentaries. In 2017, Muhammad was featured in 'Maple Morning,' a documentary released at the Toronto International Film Festival, which featured successful Canadians of Pakistani origin. The documentary was released by the Consulate General of Pakistan to inform recent immigrants about the possibilities of success in Canadian society. He was also featured in the documentary 'Magical Milton,' which honoured his contributions and commitment to the Town of Milton where he resided for many years.

Muhammad is an Advocate for the rights of visible minorities. He is proud to be a part and Co-Produce on a Documentary Film ‘ Steadfast ‘ features the life of Doctor Jean Augustine. Dr Augustine, is the First Black Canadian Woman to serve as the Federal Minister of the Crown and Member of Parliament who led the fight to officially recognize February as Black History month in Canada.

When he is not working, Muhammad enjoys spending quality time with his family and friends. He is also passionately devoted to advancing the sport of cricket in Canada. He was an active member and support of Brampton Cricket Team by playing and sponsoring in the team. He is also very active and support “Event Ontario Softball Cricket League “ and sponsored a team. Muhammad also loves to travel, read, and give back to his community by supporting community events.

We Can Answer
Any Legal Questions
You Have. Send Us A message

Settled without the need of a Trial /Tribunal hearing

Events & Causes Social responsibility has always been very close to our hearts and we strongly believe in giving back to our community. 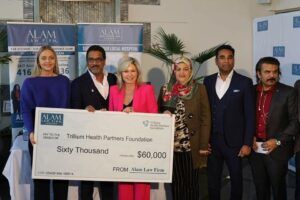 Giving Back to the Community. It gives us immense pleasure to donate $60,000 for Trillium Health foundation to help build one of the largest hospital in Canada. We thank the Mayor of Mississauga Bonnie Crombie, Trillium Health Partners representative Ms. Kathleen, MPP Khaleed Rasheed, member of parliament, Salma Zahid and all the other people for taking out time from their busy schedule to attend the event at Alam Law Chambers. 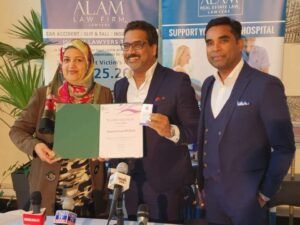 Mr. Alam was honoured and proud to receive the Queens Platinum Jubilee Award Emblem. The commemorative pin was awarded to Alam Law’s founder in recognition of his outstanding service to the community. A special thanks to the Member of Parliament, Ms. Salma Zahid, for awarding it. 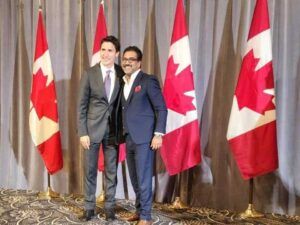 A glimpse from an outstanding event with our beloved Member of parliament, Iqra Khalid , and our Prime Minister Trudeau. 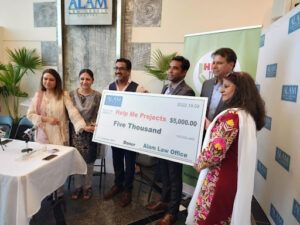 It gives us immense pleasure to have donated $10,000 to the Help Me Project. Help Me! Projects is a non-profit undertaking, it provides sonography medical services, promoting health care services, to relieve poverty in developing countries and to provide education, counselling and other support services for immigrants and refugees on Canadian culture and life.

Happy 101st  Birthday to our former Mayor and a legend  of City of Mississauga,  Hazel McCallion Wishing you all the best, happiness, health and wonderful years ahead! A small token of love from Alam Law at her 101 birthday 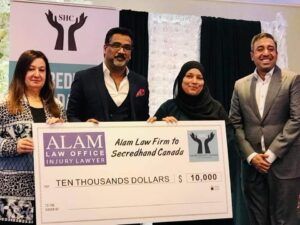 Giving Back to the Community. It was an honour and privilege to attend a very noble cause of supporting the senior care facility that will be run by Secredhand Canada. Secredhand Canada had a fundraising event. As part of our social responsibility towards the community and more specifically for the seniors, Alam Law Firm donated $10,000.00 for this noble cause. 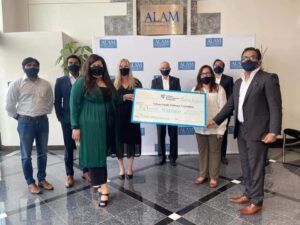 Alam Law Firm social commitment to give back to the community continued during the COVID-19 pandemic. $15,000.00 was pledged to Trillium Health Partners and given to the CEO of Trillium Health and her team. 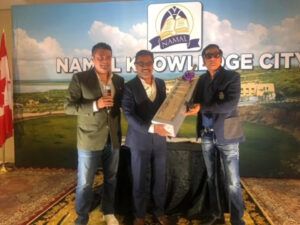 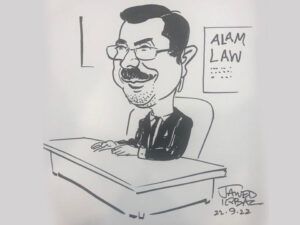 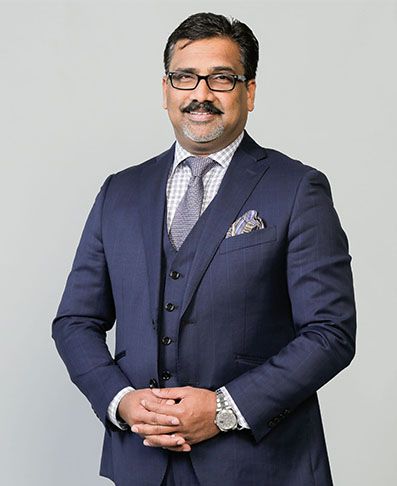 Muhammad M. Alam is a Barrister-at-Law of Osgoode Hall in Toronto and he is the Founder and Managing Barrister of Alam Law Firm. Muhammad is passionate of ADR in litigations. He holds designation of a “Qualified Mediator” as well as a “Qualified Arbitrator” and a member of ADR Institute of Canada and ADR Institute of Ontario. 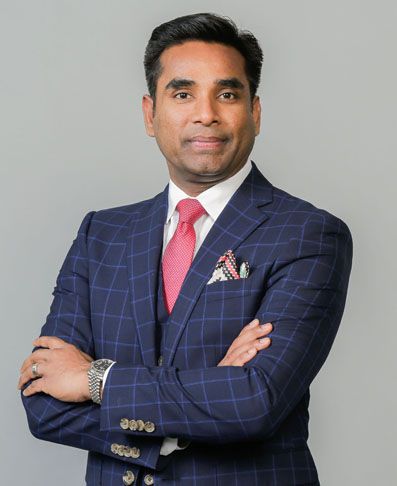 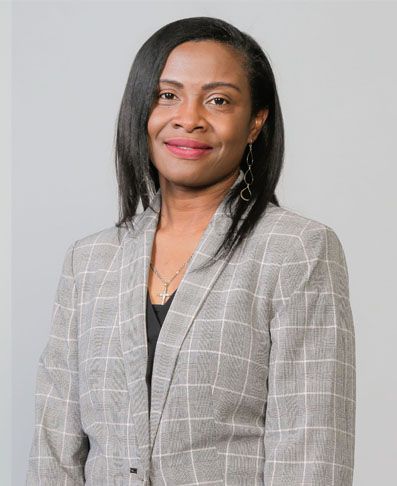 Laurencia Fasoyiro is a Barrister and Solicitor with Alam Law Firm, PC. She has over 15 years of combined experience practicing law in Texas U.S.A and Ontario, Canada. She is a member of the law society of Upper Canada and a member of the State Bar of Texas. 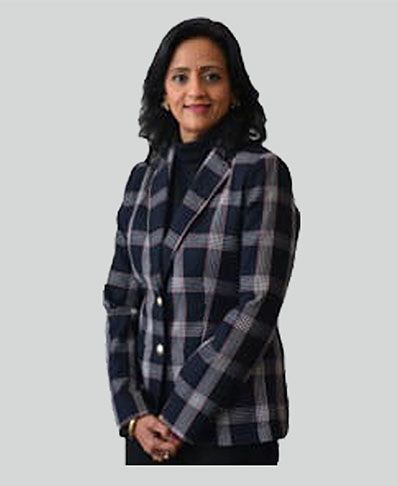 Naina Tandon obtained her Bachelor of Arts (Political Science) and Law Degree from the University of Delhi in 1985 and 1988, respectively. Upon being called to the bar in 1988, she practiced law in New Delhi, India, with a reputable law firm, C..R. Dua & Associates, for several years before relocating to Canada. 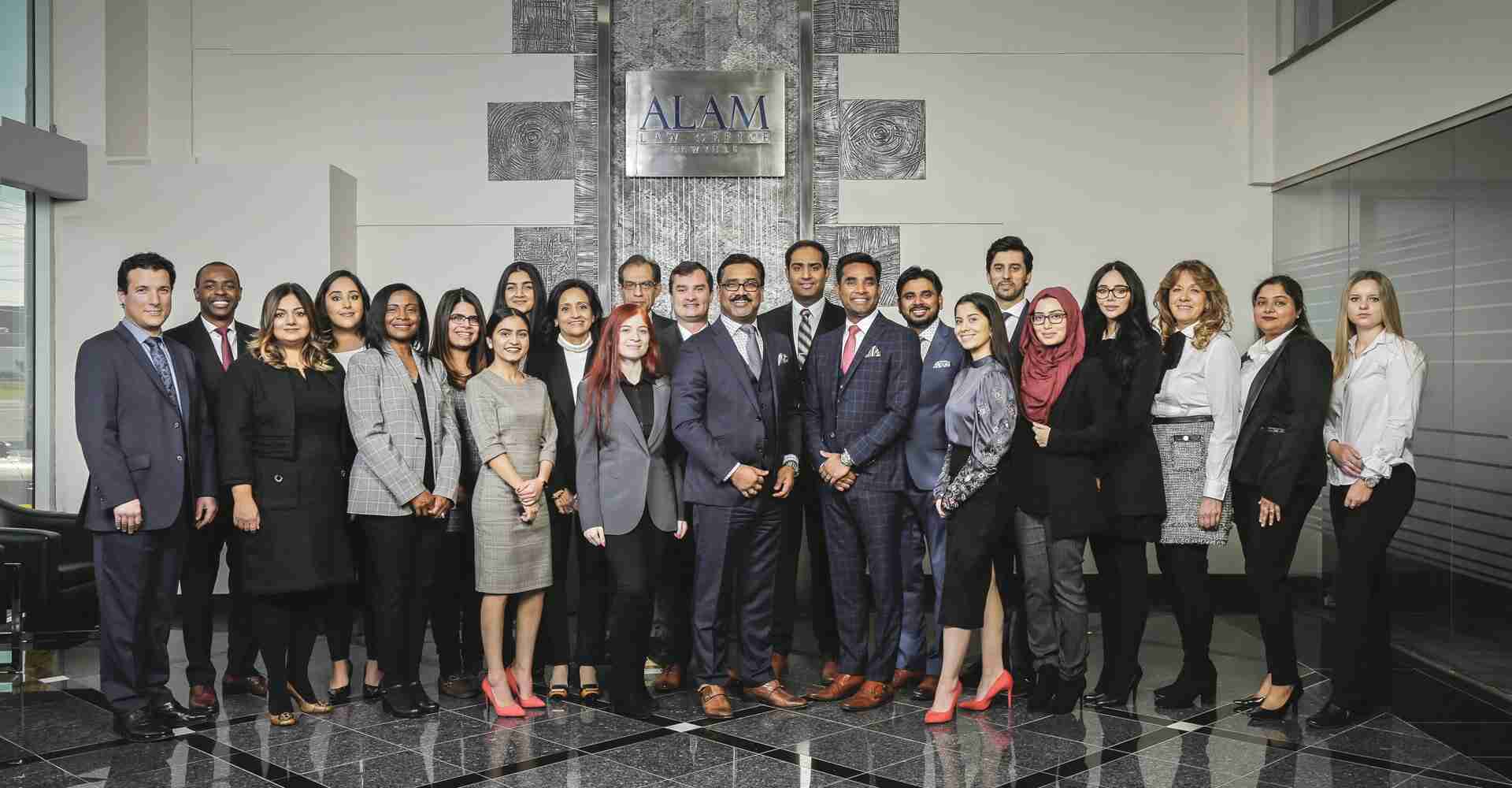 24/7 Emergency Hotline for Injury Victims Only

For all General and Office Inquires

*Please note that past results are not necessarily indicative of future results and litigation outcomes will vary according to the facts of individual cases.